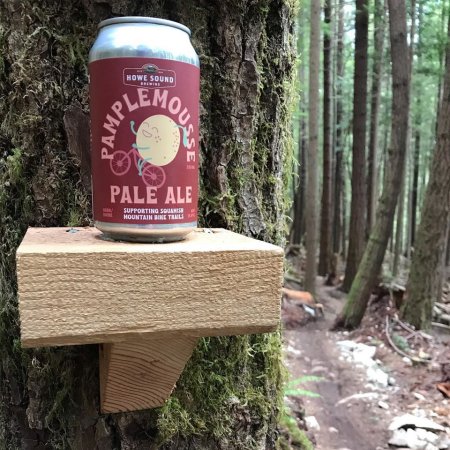 SQUAMISH, BC – Howe Sound Brewing has announced the release of a collaboration with RideBC in support of local bike trails.

Pamplemousse Pale Ale pours a hazy golden orange, with a rich white head. It releases aromas of grapefruit, pineapple, mandarin orange, lime, and mango. Cantaloupe joins the fruit salad as it hits your tongue, with a hint of green pepper skin. A subtle bitterness that is reminiscent of fruit pith sits in the back with a bright carbonation.

Pamplemousse Pale Ale is available now in 6-packs of 355 ml cans at the Howe Sound brewpub, with $2 from each pack sold going to maintain and improve Squamish bike trails.