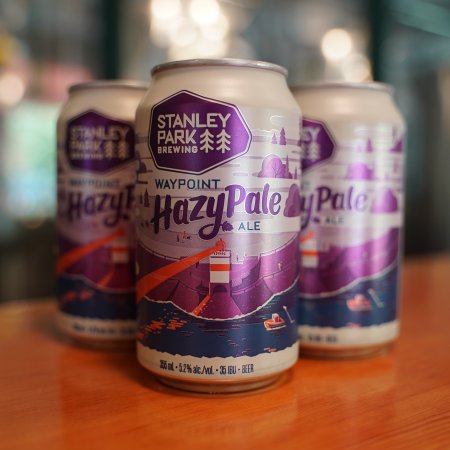 VANCOUVER, BC – Stanley Park Brewing has announced the release of a new beer dedicated to those who are starting to emerge from lockdown and heading out to “discover new waypoints along your journey”.

As the world slowly comes out of quarantine, the artwork shared on the Waypoint Hazy Pale Ale packaging and cans also holds some timely symbolism. The illustration highlights Stanley Park’s Brockton Lighthouse signifying a beacon of light in a sea of haze. We can finally see the light at the end of the tunnel. The brew itself is made with a strong mix of hops and malts including: African Queen, Comet and Crystal hops; and Pale Malt, Malted Oats, Malted Wheat, and Golden Naked Oats. It has a golden haze appearance, an aromatic grapefruit citrus and tropical fruit flavour, and a low perceived bitterness and refined alcohol level.

Waypoint Hazy Pale Ale is available now via the Stanley Park Brewing online store, at select liquor stores, and on tap at bars and restaurants in British Columbia and Alberta.