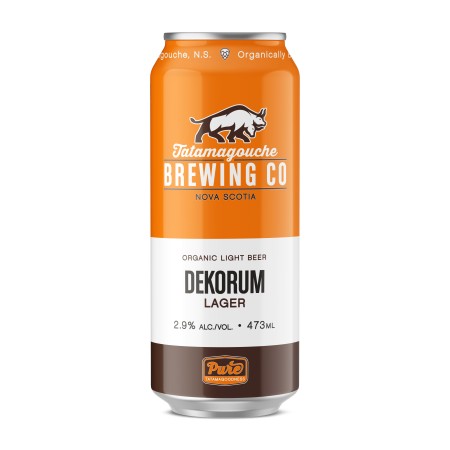 TATAMAGOUCHE, NS – Tatamagouche Brewing has announced a wide release for a low-alcohol lager that was a hit at the brewery last year.

A super sessionable beer with a tempered ABV, Dekorum lets you hoist your glass without conceding your class. A crisp and refreshing way to indulge your senses without fear of losing them.

Dekorum is now available at more than 40 NSLC locations, private beer stores and select licensees in Nova Scotia, and at the Tatamagouche Brewing retail store and online shop.