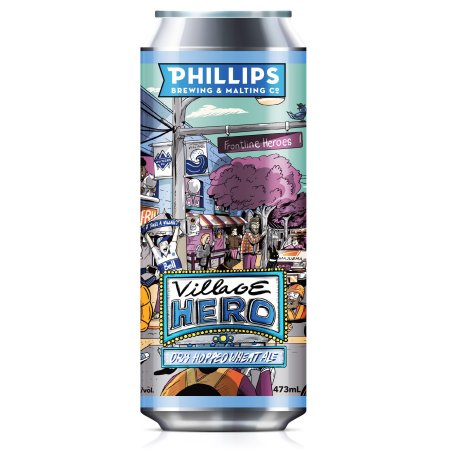 VICTORIA, BC – Phillips Brewing has announced the release of a new beer in partnership with Vancouver Whitecaps FC to honour those on the front lines in the fight against COVID-19.

This special release craft brew is bright, crisp, and refreshing. It has all the hops and flavour of an IPA, but all of the lightness and drinkability of a blonde ale or American wheat ale. Low ABV makes for some easy, easy drinking.

Village Hero is available now at Phillips and select private liquor stores in the Vancouver area. 100% of proceeds from its sales, as well as sales of a limited edition print of the artwork by Carson Ting, will be donated to the Vancouver Food Bank.