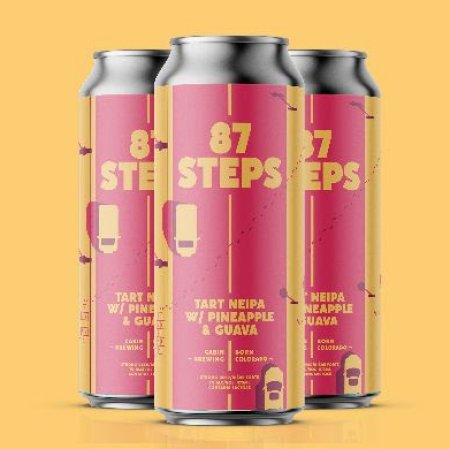 CALGARY, AB – Cabin Brewing and Born Colorado Brewing have announced the release of a new collaborative beer brewed especially for Neighbour Day, an annual community event in Calgary that is taking place this year on Saturday June 20th.

The beer is aptly named 87 Steps – the distance from front door to front door between our two breweries – and is a tart NEIPA with a boatload of pineapple and guava. Juicy! It pairs well with new friends, virtual high-fives and socially-distanced lawn parties. This beer contains lactose for a hint of sweetness to balance the tartness.

87 Steps is available now for delivery and pick-up orders via both the Cabin and Born Colorado online stores while supplies last.