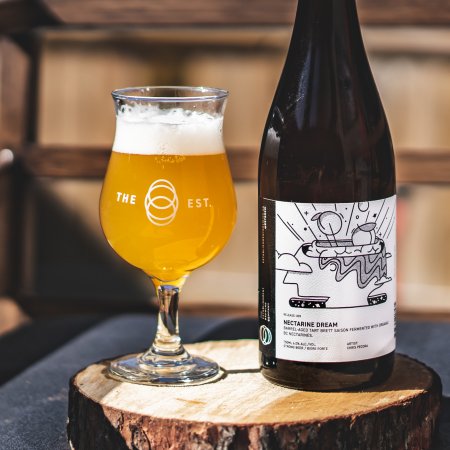 A labour of love a year in the making, the 9th release from our barrel-aged series is tart, a bit funky, and has an amazing nectarine aroma. Our team spent a whole day last summer hand-pitting organic fruit from a BC farm run by a guy named Tree. It doesn’t get more organic than that. The beer wasn’t sour before we added the fruit; the natural cultures that exist on the nectarine skins did the souring work for us. The result is a bright, fruity, approachable barrel-aged sour.

Nectarine Dream is available now in 750 ml bottles at the Establishment retail shop and online store while supplies last.