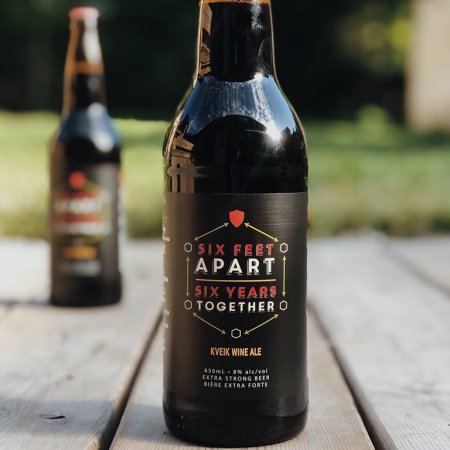 GUELPH, ON – Royal City Brewing has announced details of a new beer named in honour of the brewery’s 6th anniversary, as well as the unique times in which the milestone is being celebrated.

6 Feet Apart After 6 Years Together (8% abv) is a strong ale brewed with Kveik yeast and Gewürztraminer juice. It’s described as “bright and fruity, complex and herbaceous and pairs best with social distancing, tacos al pastor and a big thanks from us for all your support and love over the last 6 years!”

6 Feet Apart After 6 Years Together will be released today (June 19th) at 3:00 PM in the Royal City retail store and online shop.