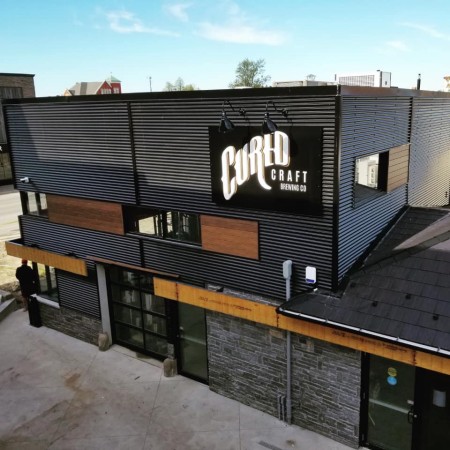 LEAMINGTON, ON – Ontario’s newest craft brewery has opened its doors in Leamington, a community in the province’s Windsor-Essex region.

Cured Craft Brewing has been founded by Scott and Lisa Bradt, and has a multi-layered meaning to its name. The couple also owns Bradt’s Butcher Block across the street, where Scott cures meats; Lisa cures people in her job as a nurse; and the historic building where the brewery is located was built in 1911 by William T. Gregory, who brought the process of flue-curing tobacco from North Carolina and introduced it to local tobacco farmers.

The facility also includes a taproom that will be open to serve draught beer and food once COVID-19 restrictions are loosened, and online beer sales will also be offered via the brewery’s website in the future.