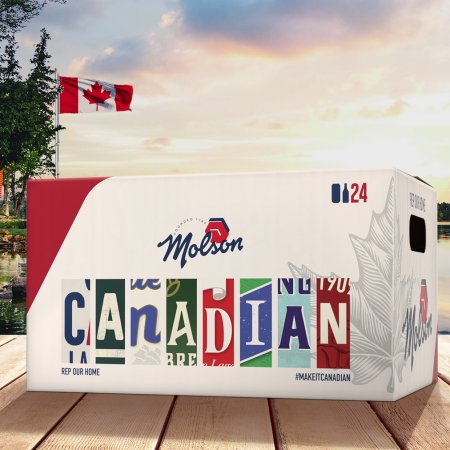 TORONTO, ON –  Molson Coors Canada has announced the launch of a new campaign to “celebrate Canadian-founded beer brands, inspiring Canadians to #MakeItCanadian on their next beer run.”

Driven by the fact that the top selling beer in Canada is one that was created outside of the country, the #MakeItCanadian initiative is based around the company’s flagship Molson Canadian brand, but will also promote other beers created and brewed in Canada.

Beer drinkers are invited to tag the Molson Canadian accounts on Twitter and Instagram along with the #MakeitCanadian hashtag to let Molson know about any Canadian beer brands they’d like to to see included in the campaign.

In addition to the social media aspect, the promotion will feature the release of The Canadian Case, a variety pack featuring Canadian-founded beers from Molson and other breweries. Set to be released on or around July 1st in select markets, the Canadian Case will also have a charitable element, with $5 from each case sold – up to a total of $25,000 – to be donated to local charities supporting people and communities in need across the country.