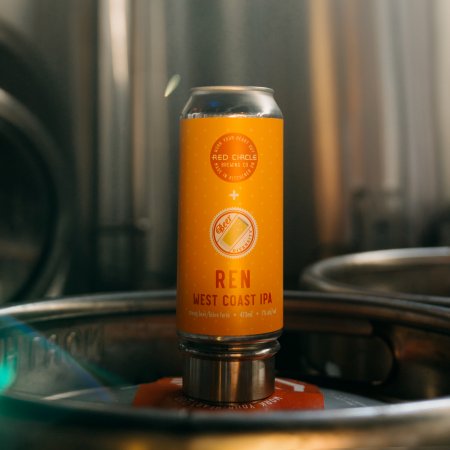 KITCHENER, ON – Red Circle Brewing has announced the return of a beer brewed in partnership with Ren Navarro of Beer. Diversity.

Made with tons of Citra, Centennial, and Chinook hops, this refreshing, hop-forward brew imparts strong aromas and flavours of lemon, grapefruit, and resinous pine.

Ren West Coast IPA is available now via the Red Circle online store for delivery and pick-up orders. Partial proceeds will be donated to Egale, an organization that is “committed to a world without homophobia, biphobia, transphobia, and all other forms of oppression so that every person can achieve their full potential, free from hatred and bias.”