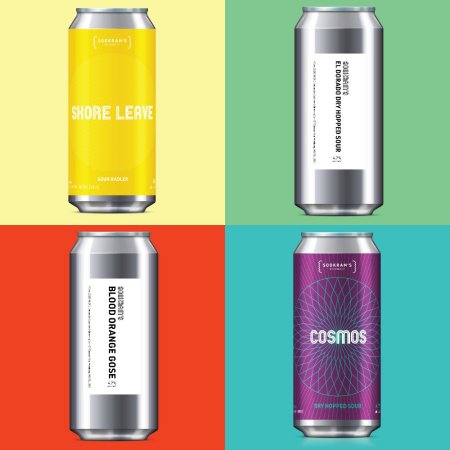 The Summer of Sours 4-pack features cans of Cosmos Dry Hopped Sour, a favourite from the brewery’s core line-up; Shore Leave Sour Radler, a Piña Colada-inspired beer with pineapple and coconut; Blood Orange Gose, flavoured with blood orange, coriander, and salt; and El Dorado Dry Hopped Sour, a variant on Cosmos that is dry hopped exclusively with El Dorado hops. The latter two beers are exclusive to the mixed pack.

The Summer of Sours will be released tomorrow (June 26th) at 10:00 AM via the Sookram’s online store in an edition of 300 packs, with a purchase limit of two 4-packs per order.