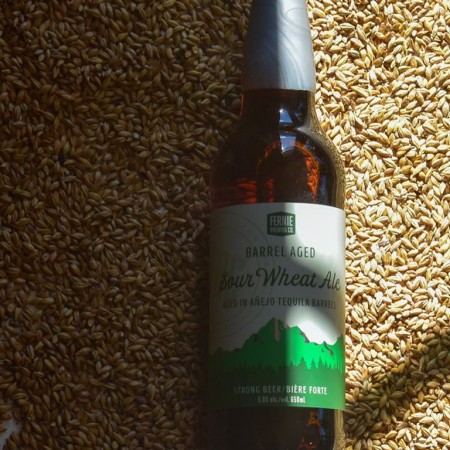 FERNIE, BC – Fernie Brewing has announced the release of a new limited edition beer from its barrel-aging program.

Sour Wheat Ale (5.6% abv) was made with Sorachi Ace hops, and aged for over three months in Don Benjo Anejo tequila barrels.

Sour Wheat Ale is available now at Fernie Brewing, and will be distributed soon to beer retailers in British Columbia and Alberta.