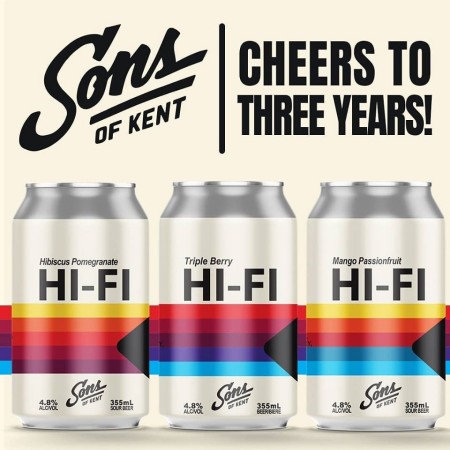 CHATHAM, ON – Sons of Kent Brewing has announced the release of three versions of a new sour ale to celebrate its 3rd anniversary.

Hi-Fi (4.8% abv) is described as ” a sour beer that is tart and refreshing, with a huge punch of tasty flavours,” and has been released in three different variants – Mango Passionfruit, Hibiscus Pomegranate, and Triple Berry (blackberry, raspberry and blueberry).

Hi-Fi is out now in mixed six-packs featuring two 355 ml cans of each version, available at the Sons of Kent retail store and online shop while supplies last.