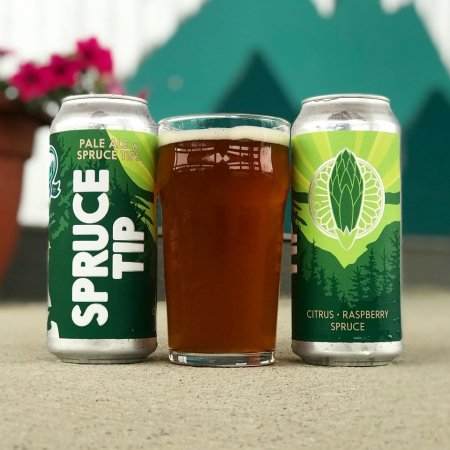 For our recipe, we boil our spruce tips in the wort for 60 minutes, which we believe extracts a ton of complex sugars, that carry through the beer to the end. While yes you get a bit of the classic citrus and spruce tree flavours from eating a fresh tip, you also get a berry-like character (people say raspberry) from the complex sugars that the brewing yeast can’t eat. It is a very approachable beer in that it is not bitter and has some of that residual sweetness.

The first batch of this year’s version of Spruce Tip is available now in 473 ml cans and on tap at Winterlong. It generally sells out quickly, but more batches will be brewed through the summer as long as the brewery’s supply of spruce tips lasts.