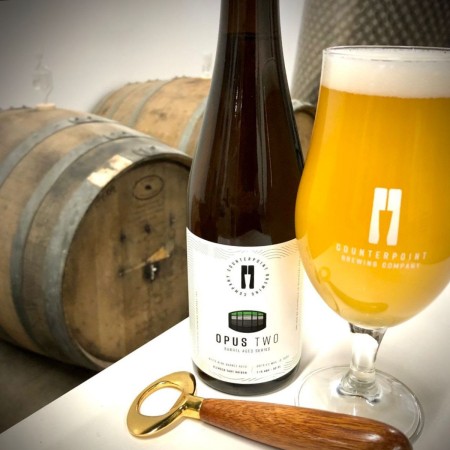 KITCHENER, ON – Counterpoint Brewing has announced the release of two new barrel-aged beers.

An old whisky barrel turned sour solera is churning out our Opus series. Opus 1 was pure beer from this sour barrel. Our blend of souring bacterias lent developed character unmatched by any kettle sour. This time around, we decided to blend it with beer from a newer acquisition: a Californian Chardonnay barrel that we filled with Brett Saison. Opus 2 is a slightly tart, complex yet quaffable barrel-aged beer with great notes provided by the Brettanomyces, American oak, and remnants of chardonnay.

Our rich imperial stout sat for 1 year in a single, freshly emptied bourbon barrel. This one has more complexity than our first batch of 20 Hz, and it has aged very well. Not so thick that it will replace your double fudge brownie dessert, but has enough body and rich chocolate, toffee and coconut character to be your next guilty pleasure.

Both beers will be available this week in the Counterpoint retail store and online shop.