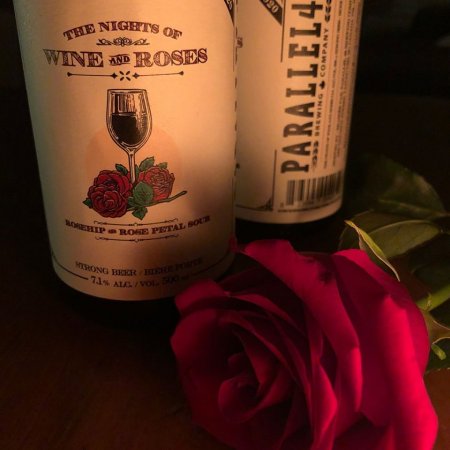 The Nights of Wine and Roses (7.1% abv) takes its name from a song by Vancouver’s Japandroids, and is described as follows:

A blend of mixed-culture sour beers, brewed with spelt and the wheat-rye hybrid, triticale, and aged in gin and red wine barrels for five months. The addition of rosehips and rose petals contribute a tart, tangy taste and floral and herbal aroma, along with an earthy funk, bright acidity and a crisp, dry finish.

The Nights of Wine and Roses is released tomorrow at Parallel 49, and will be available soon at select private liquor stores.