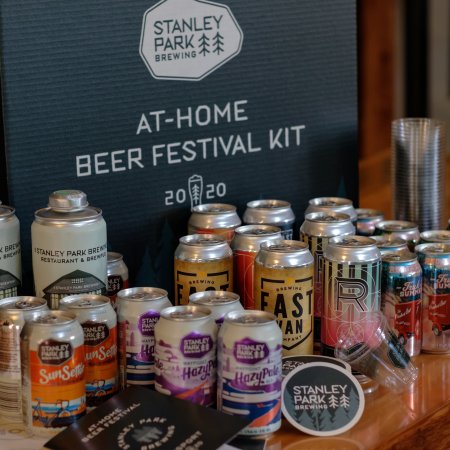 VANCOUVER, BC – Stanley Park Brewing has announced the release of a new package to help those lamenting the absence of beer festivals this summer.

The At Home Beer Festival Kit is designed to be enjoyed by up to six people, and includes several cans each of nine different beers from four Vancouver breweries, including Stanley Park, Russell Brewing, East Van Brewing, and Red Truck Beer.

The At Home Beer Festival Kit has a full value of over $300, but is priced at $120 (plus tax), and can be ordered online now for pick up at Stanley Park, or delivery in the local area.