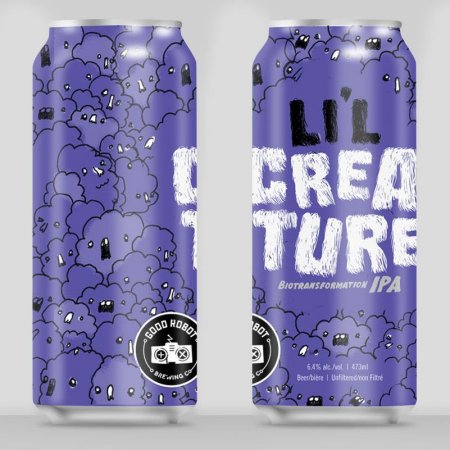 HALIFAX, NS – Good Robot Brewing has announced the release of a less potent companion to its popular Creature Feature IPA.

Meet the li’l sister to the Creature Feature. This is a session NEIPA that’s smoother than it is bitter and very (read: much too) easy to drink. Notes of peaches from the El Dorado dry hop.

Li’l Creature is available now at Good Robot in growlers, with 473 ml cans due to follow next Tuesday.