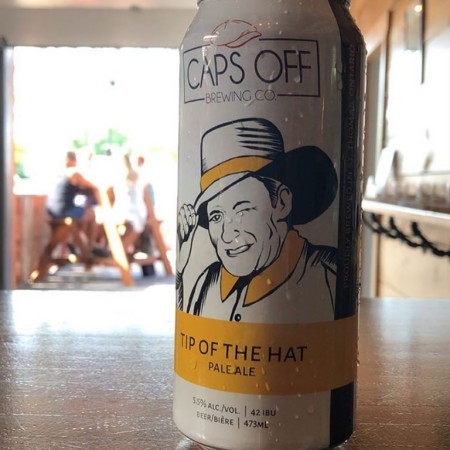 ST. THOMAS, ON – Caps Off Brewing has announced the release of its first canned beer.

Tip of the Hat Pale Ale (6% abv) has been a customer favourite on tap and in growlers for some time, and is now available in the more convenient 473 ml can format.

Cans of Tip of the Hat made their official debut last week, and are available now in the Caps Off retail store.