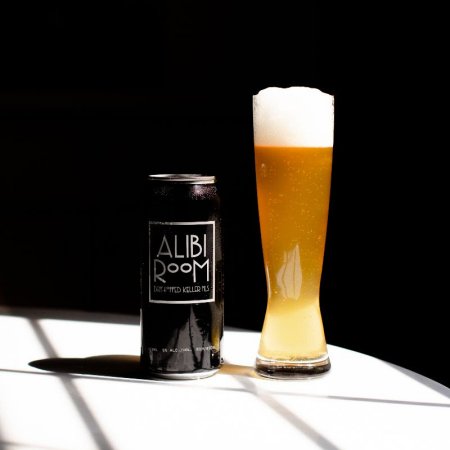 DELTA, BC – Four Winds Brewing has announced the release of a new beer brewed in collaboration with several other breweries in support of an iconic Vancouver craft beer bar, as well as two important community organizations.

Alibi Room Dry-Hopped Keller Pils (5% abv) was developed together with Dageraad, Steel & Oak, Superflux, and Brassneck, and pays tribute to the The Alibi Room, the Gastown venue where the brewers say that they “first fell in love with craft beer, hastily sketched our own brewery plans, and eventually saw our first beers bringing other people together as well.”

Partial proceeds from the sales of the beer will be donated to the Alibi Room, which is at risk of closure due to COVID-19 related losses. In addition, donations will be made to the Urban Native Youth Association and Downtown Eastside Women’s Centre to assist in their work supporting members of Vancouver’s BIPOC communities.