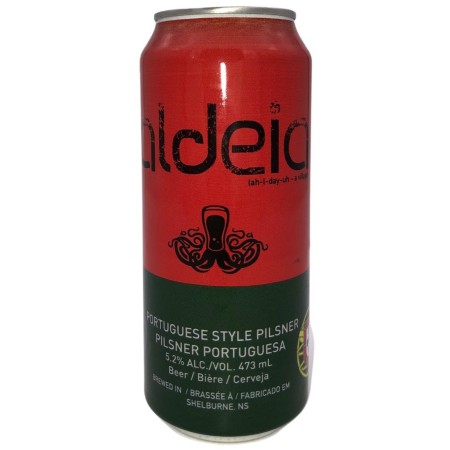 SHELBURNE, NS – Boxing Rock Brewing has announced the release of a “modern interpretation of an old world classic style.”

More than just a Pilsner, we slow fermented it at deep-cold temperatures and delicately dry-hopped it with modern varietals of old world hops. The result is a crisp delightful beer that is the perfect summer treat.

Aldeia will be available later this week at both Boxing Rock retail locations and the brewery online store.