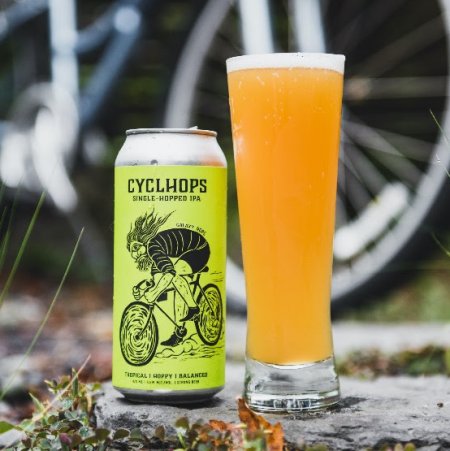 VANCOUVER, BC – Strange Fellows Brewing has announced the release of the latest in its Cyclhops series of single-hop IPAs.

Galaxy hops from Australia are notoriously hard to get owing to their awesome deliciousness. A while back we secured a shipment from one of our kindest suppliers and were able to brew this Galaxy dry hopped IPA. Lucious and silky with tropical fruit character reminiscent of passionfruit and Tutti-Frutti this is the IPA we love to drink and recommend to everyone that craves hoppy balanced juiciness.

Cyclhops Galaxy IPA will be available tomorrow (July 10th) at the Strange Fellows taproom and retail store, and via home delivery.