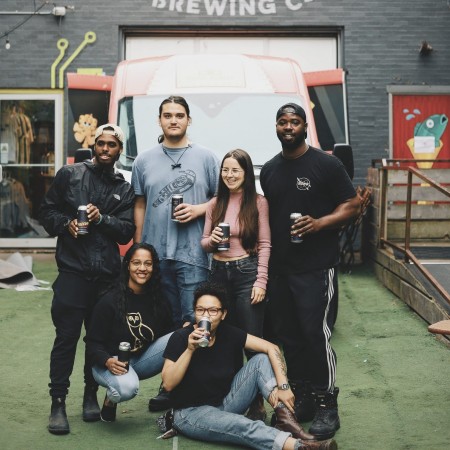 HALIFAX, NS – Good Robot Brewing has announced the release of the inaugural beer from the Change is Brewing Collective, a new group that represents the “coming together for BIPOC (Black, Indigeonous, and People of Colour) people in Nova Scotia to honour the Black experience.”

Working together with Good Robot brewer Giovanni Johnson, the Collective created Blackberry Freedom, which is described as follows:

Uncle Pac taught us the blackest berry has the sweetest juice. Our Blackberry Pale Ale was brewed to awaken the senses. The bold flavours of this beer come together strong like our fight for freedom. Blackberry Freedom reminds us to always keep our heads up. It is not just a beer but a coming together of BIPOC brewers to say ‘We are here.’ Our lives and our thoughts don’t ‘just matter’. Our ideas, our brilliance, our being is essential.

Blackberry Freedom will be released tomorrow (July 11th) at the Good Robot taproom/shop and online store. 50% of proceeds from its sales will be donated to local BIPOC youth and community groups.