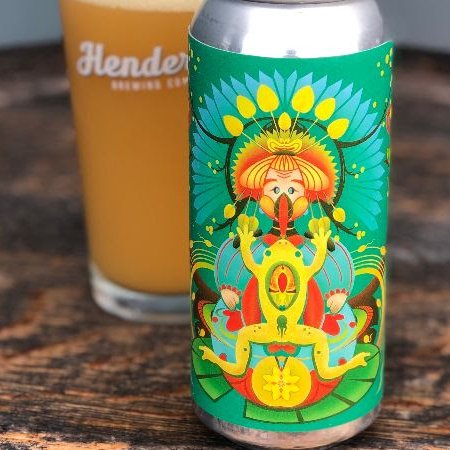 TORONTO, ON – Henderson Brewing has announced details of 51st release in its monthly Ides Series of limited edition beers, with this month’s also being its fifth annual collaboration with the Toronto Outdoor Art Fair (TOAF) – or as it has been renamed for this year, the Toronto Online Art Fair.

Radicle Hopfenweisse (6.6% abv) is described as “a very hoppy wheat beer that exhibits classic German weissbier notes vis banana and clove aromas and flavour, but with the hop levels and mouthfeel of a New England-style IPA.”

As is the tradition for the annual Henderson/TOAF collab series, the label features an image by last year’s Best Student Award winner, Steven Restagno, who created “a homage to the humble peeper, a loud but elusive tree frog that has become the soundtrack to my spring excursions. The biggest and bravest of the colony leaps to plant a kiss on the foliage of a lily nymph.”