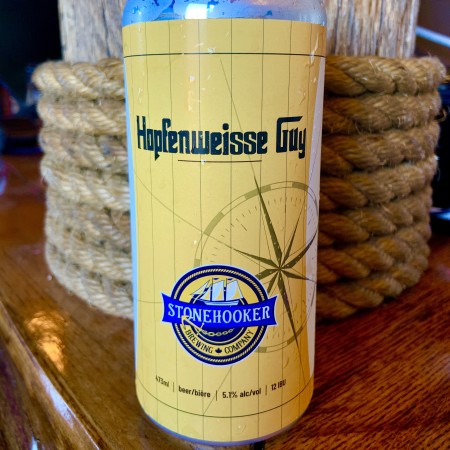 MISSISSAUGA, ON – Stonehooker Brewing has announced the release of a new limited edition beer.

Hopfenweisse Guy (5.1% abv) is a hopped-up variant of the brewery’s Weiss Guy Hefeweizen, and is described as follows:

A fusion of a classic German style beer with the addition of North American hops. Subtle citrus and fruit flavour combine with the banana and clove characteristics of the hefeweizen. A great summer beer. Refreshing, clean and smooth.

Hopfenweisse Guy is available now in the Stonehooker retail store and online shop while supplies last.