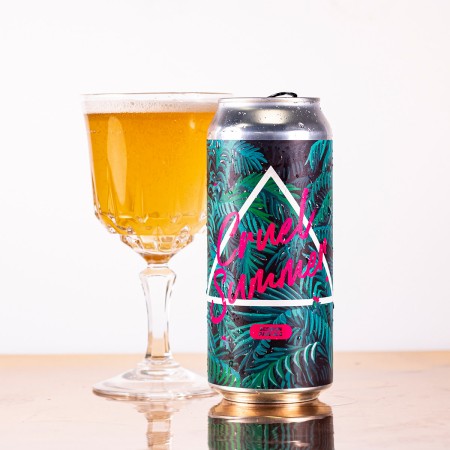 GUELPH, ON – Wellington Brewery has announced the release of a new summer seasonal.

During these lazy summer days, there’s nothing better than kicking back with a crushable pale ale. Clocking in at zero IBU, this sessionable pale ale has no hops in the boil but relies on loads of dry-hop additions that bring out lively flavours of lime zest, grapefruit pith, and riesling grapes. The only thing cruel about this beer is when you run out of cans.

Cruel Summer is available now in 473 ml cans in the Wellington retail store, and via the brewery’s online shop for delivery and pick-up orders.