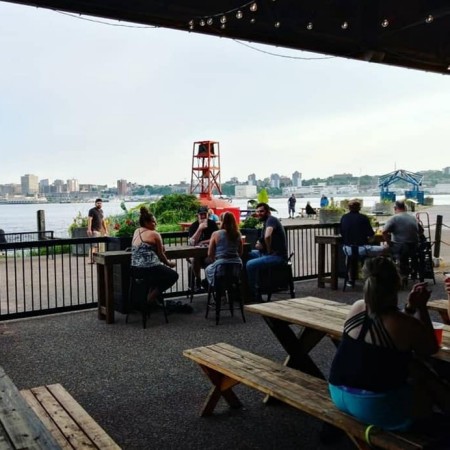 DARTMOUTH, NS – Brightwood Brewery has announced the opening of a new beer garden on Dartmouth’s waterfront.

Situated at Alderney Landing, just a short walk from Brightwood’s taproom on Portland Street, the outdoor bar – which they note is dog friendly – features six taps that are currently pouring beers from the main brewery, with test batches from an on-site pilot brewing system to be rotated in when available.

A cider made in collaboration with Chain Yard Cider is also available, and select Brightwood cans are available for both bar and take-home sales. While there’s no food service, customers are welcome to bring takeout from local restaurants to enjoy with their drinks.

The Brightwood Beer Garden is located at 2 Ochterloney Street in Dartmouth. For more details, see the Brightwood Brewery Facebook page.