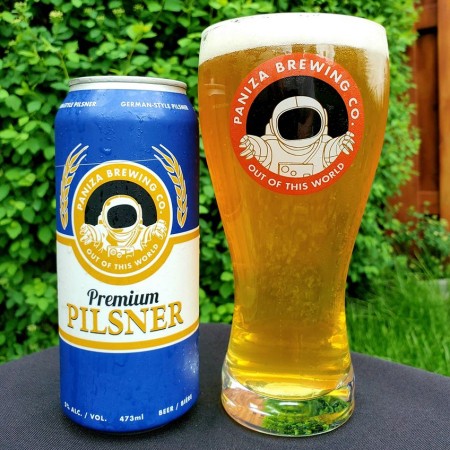 TORONTO, ON – Several months after making its debut at select locations, Paniza Brewing has announced that its flagship beer is now being distributed to many more LCBO outlets throughout Ontario.

Paniza Premium Pilsner (5% abv) was developed by Marcelo Paniza as a homebrew in 2015, and won a number of amateur brewing competitions before being launched as a commercial product earlier this year.

Brewed under contract at Junction Craft Brewery, the traditional German-style pilsner is described as follows:

Pale gold in colour with forwarding notes of sweet malt, followed by a good kick of hops and capped with nuances of citrus and grass. Medium-bodied and hoppy with a palate-cleansing finish.

Paniza Premium Pilsner is available now in 473 ml cans at LCBO stores across the province, and can also be ordered for home delivery via Brewer Eats.