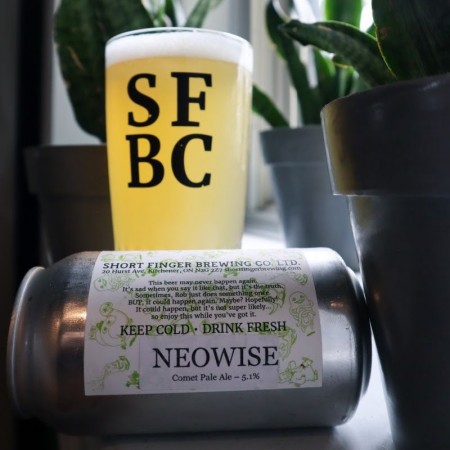 KITCHENER, ON – Short Finger Brewing has announced the release of two new beers.

NEOWISE (5.1% abv) is an American Pale Ale named after a comet that is currently on a close approach to Earth, and has fittingly been dry-hopped with Comet hops. It’s described as follows:

This beer and comet are on an unknown path to the future and may not take it back to earth for another 6800 years. Today, July 22nd, is the day the comet will be closest to home and so it is the day that we release the beer. Sounds like it’s supposed to be a spectacular view… too bad it’s going to be cloudy. This hazy Pale Ale is light and dry with a balanced bitterness. It features a light grapefruit note with a solid and surprising resinous dank… ness(?). Yes, a pleasant dankness, indeed. Canned on Tuesday, July 21, get it fresh and before it decides to disappear and fly around the solar system for much longer than any of us will ever be alive. 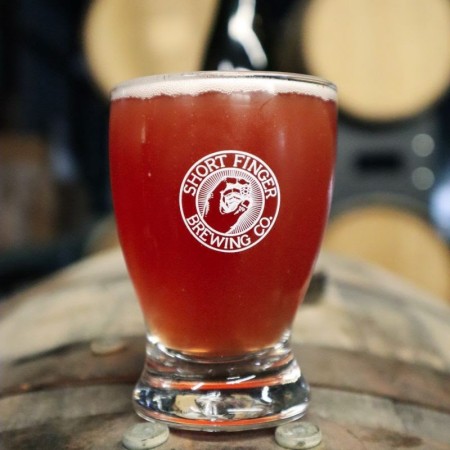 Lil’ Huey (5.5% abv) is a saison made with Damson plums, and has the following notes:

This beer makes Rob wanna hangout in jazz bars smoking cigarettes while consuming far too much Damson Plum Saison… but that’s not going to happen for a few reasons. 1) smoking is terrible for you and you really shouldn’t do it. 2) there are no jazz bars open with Little Huey on at the moment. 3) Live music is barely a thing again, and we’re not rushing into the fray. This beer spent a year in neutral oak barrels before it was blended with a light amount of Lando stock and fresh bitter Saison. It was then refermented on Ontario plums for 10 weeks and bottle conditioned.

Both beers will be released at 4:00 PM today in the Short Finger online shop, and any remaining stock will be available at the brewery patio and retail store this Friday and Saturday.