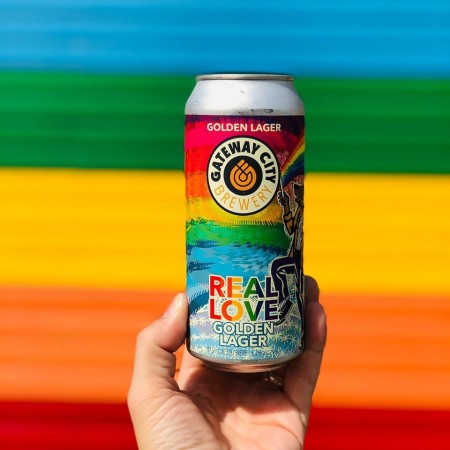 NORTH BAY, ON – Gateway City Brewery has announced the release of its second annual collaboration with North Bay Pride.

Real Love Golden Lager (5.2% abv) is described as “a clean and crisp beer [that] offers a toasty malt backbone with grassy and floral notes from Hersbrucker and Tettnang hops.”

Real Love is available now in the Gateway City retail store and online shop. 50 cents from each can sold will go to North Bay Pride, which has cancelled its in-person festival this month due to COVID-19, but will be holding a virtual festival on September 18th to 20th.