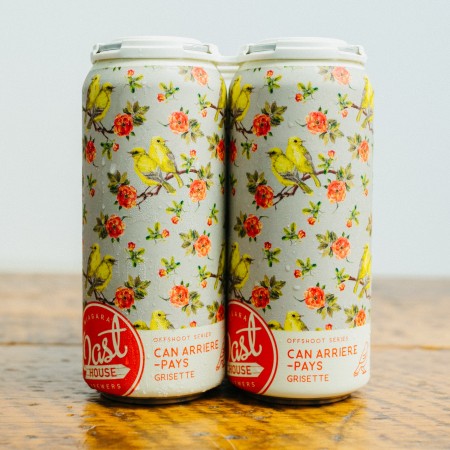 NIAGARA-ON-THE-LAKE, ON – Niagara Oast House Brewers has announced the release of the latest in its Oast Offshoot Series of beers that are “based on our memories and experiences of our home called Niagara.”

Can Arriere-Pays Grisette (4.2% abv) is described as follows:

The Grisette Farmhouse Ale was traditionally brewed for the miners to quench their thirst. Like the refreshing Saison this lower alcohol and lighter drinking Farmhouse Ale is high in yeast-driven aromas and flavours of banana and black pepper while remaining very easy drinking and refreshing.

Can Arriere-Pays is available now in 473 ml cans at the Oast House retail store and online shop while supplies last.