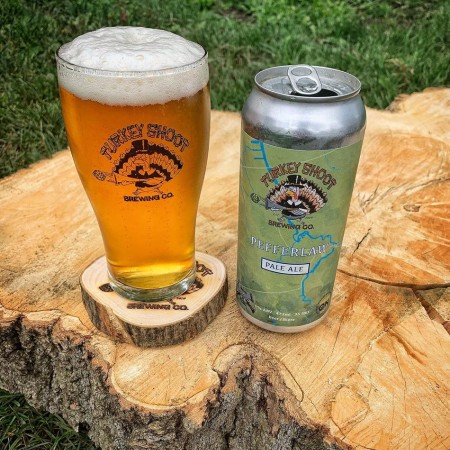 GEORGINA, ON – A new brewery that is preparing to open in the town of Georgina on the southern shore of Lake Simcoe has announced its entry into the market with a contract-brewed version of its flagship beer.

Turkey Shoot Brewing has been founded by brewer Kyle Stewart, his fiancée Jaclyn Dipietro, and friend Brennan Roy. With Stewart as head brewer, Dipietro as general manager, and Roy as accountant and part-time brewer, the trio will be opening a bricks-and-mortar location in Keswick, one of the communities in Georgina.

In the meantime, Turkey Shoot has used the facilities at Kame & Kettle Beer Works to brew its first commercial batches of Pefferlaw Pale Ale (5% abv), which is named after another Georgina community, and is described as follows:

This pale ale uses a blend of Cascade and Rakau hops from The Tavistock Hop Company that lends a unique combination of citrus and stone fruit aromas. The sharp, clean bitterness is provided by a one-of-a-kind hop called Wild Turkey grown only by Clear Valley Hops. This blend of Ontario hops produces a bright and refreshing pale ale.

As indicated by the description, Turkey Shoot is a strong supporter of local hop growers, and intends to use 100% Ontario-grown hops in all of its beers.

Pefferlaw Pale Ale is available now in 473 ml cans at select bars and restaurants in Georgina and Toronto. For a full list of locations and other details, see the Turkey Shoot Brewing website.