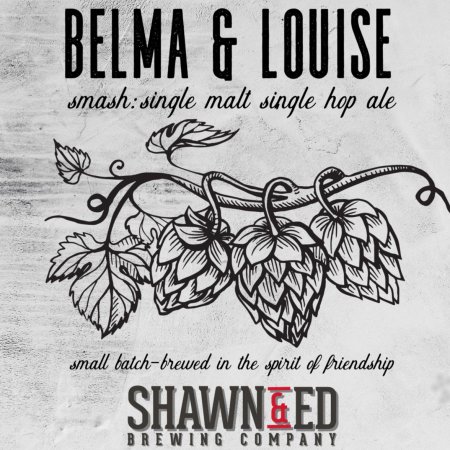 DUNDAS, ON – Shawn & Ed Brewing has announced the newest release in the Anvil Small-Batch Series.

Pale golden colour. Aroma of fresh melon. Sweet malt body at the beginning that is quickly replaced by distinct bitterness. That bitterness lingers on the palate with notes of citrus and tropical fruit from the Belma hops used in the brew. An IPA that is meant to be enjoyed in the summer time.

Belma & Louise will be available at the Shawn & Ed Brewing taproom while supplies last.