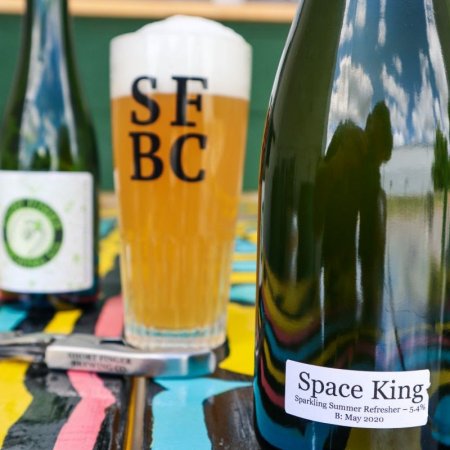 KITCHENER, ON – Short Finger Brewing has announced the release of a new beer that is “meant to be enjoyed through the summer months while watching meteors fall from the sky.”

People don’t always believe the Space King exists. It’s understandable, I guess: some things need to be experienced personally, like a meteor shower. Is Sparkling Summer Refresher a style? It is now. This beer is a blend of multiple Saisons and Sours that were put onto second use dry hop and bottled with a delightfully high level of carbonation. If the Space King told you there was fruit in there, you would believe him.

Space King is available now in the Short Finger online shop, and any remaining stock will be available at the brewery patio and retail store this Friday and Saturday.