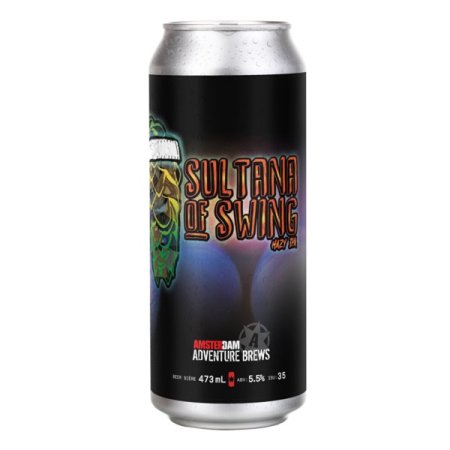 TORONTO, ON – Amsterdam Brewery has announced the release of the latest in its Adventure Brews series of limited edition small batch beers.

Sultana of Swing Hazy IPA (5.5% abv) is described as follows:

Focusing around Sultana hops, this hazy pale ale has aromas of cantaloupe, peaches and pineapple. A soft medium-bodied mouthfeel is balanced with a touch of bitterness on the finish.

Sultana of Swing is available now at the Amsterdam retail stores and online shop while supplies last.