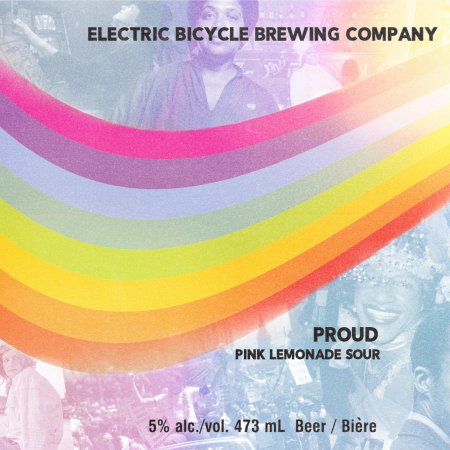 VANCOUVER, BC – Electric Bicycle Brewing has announced the release of a new beer in honour of Vancouver Pride.

PROUD Pink Lemonade Sour (5% abv) is a sour ale with cherry and lemon, offering a “perfect combination of sweet but sour.”

PROUD is available now in the Electric Bicycle taproom and retail store, and will also be featured on tap at a number of other breweries and taprooms throughout Vancouver. All proceeds from its sales will be donated to QMUNITY, a nonprofit organization that provides support to members of the LGBTQ2+ community.