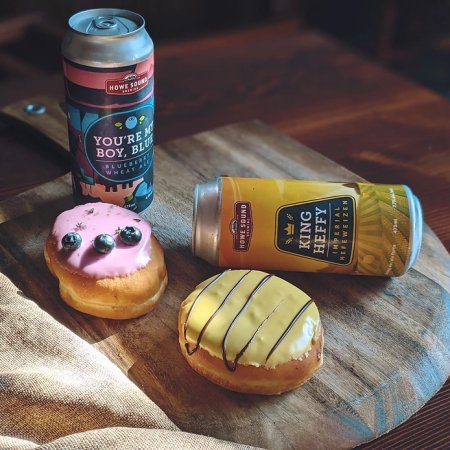 SQUAMISH, BC – Howe Sound Brewing has announced the return of two seasonal favourites, and have teamed up with Sunflower Bakery to create a donut to pair with each of them.

Both beers are available now at the brewery and soon at select liquor stores in British Columbia, and the donuts will be available at Sunflower Bakery until August 9th. Customers that purchase both are invited to post photos of them together on Instagram for a chance to win a one-night stay at the Howe Sound Inn with breakfast at Sunflower.

For more details, see the contest announcement on the Howe Sound Brewing website.