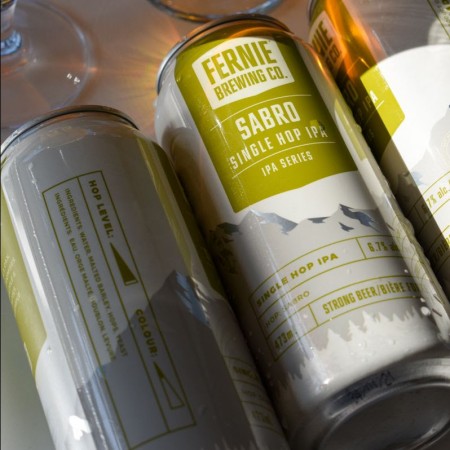 FERNIE, BC – Fernie Brewing has announced the return of a popular installment in its Rotating IPA Series.

Sabro Single Hop IPA (6.7% abv) was originally available in June 2019, and is now back for a limited time. It’s briefly described as follows:

Summertime in a can. The Sabro hop promises coconut, pineapple and stone fruit notes. Refreshingly simple.

Sabro Single Hop IPA is available now at the brewery, and soon at select beer retailers in British Columbia and Alberta.