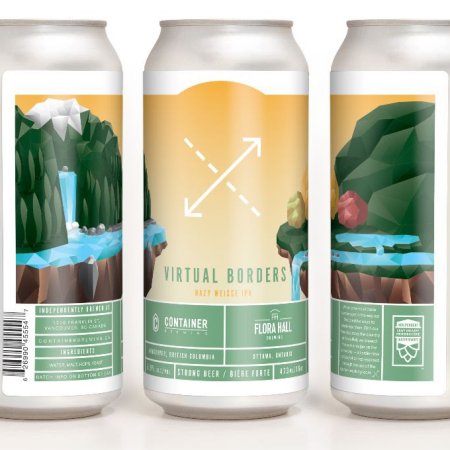 VANCOUVER, BC – Container Brewing has announced the release of their version of a beer brewed as a “virtual collaboration” Ottawa’s Flora Hall Brewing.

Virtual Borders Hazy Weisse IPA (6.9% abv) was brewed on the same day using the same recipe by both breweries, and is described as follows:

Our new reality inspired us to embrace new ways of working together, resulting in a virtual collaboration with our friends from all the way across the country. This New England style IPA not only blends the talents of two dedicated craft breweries, but was also created with blend of multiple yeast strains, resulting in a truly unique brew and a truly unique collaboration.