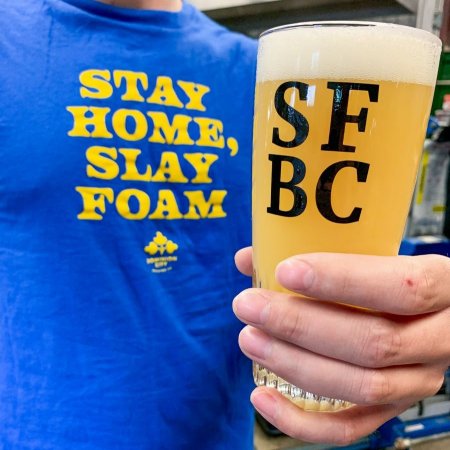 OTTAWA, ON & KITCHENER, ON – Dominion City Brewing and Short Finger Brewing have announced the release of a new beer that was created via long-distance collaboration between the breweries.

FoamSlayer Pale Ale (5% abv) was brewed with Motueka and Lemondrop hops, and is described as “both hop-forward and well-balanced, making it a true summer crusher.”

The recipe was developed by the breweries via email, and brewed in both locations for a tandem release. The respective results are available now in store and online at Dominion City and Short Finger.