TORONTO, ON – Great Lakes Brewery has announced its entry into another segment of the alcohol market with the launch of Great Lakes Spirits.

As described in a blog post announcing the launch, the roots of the new division go back many years:

Peter Bulut Sr., the man who saved Great Lakes Brewery back in 1990 when the co-founders struggled to keep the then Brampton based brewery afloat, always wanted to create his own spirits business. It was one dream he had that unfortunately he wasn’t able to accomplish before his passing in 2009.

That wasn’t lost on his son, Peter Bulut Jr., Owner and President of GLB today. Peter grew up listening to his father discuss his ideas for entering the spirits industry and today, with Peter Sr. watching over GLB from above, we can say that dream, that goal, is now a reality.

Bulut Jr. had been considering a shift into spirits production for several years, but had kept those plans on hold to focus on the continuing growth of the brewery business until the arrival of COVID-19:

As news of the pandemic swept Ontario, and the world, GLB made the decision to bring back kegs of our beer from bars and restaurants right away. We didn’t wish to have our beer sitting in fridges and basements only to spoil. This resulted in hundreds and hundreds of kegs coming back to the brewery – we needed a plan to dispose of the beer and that resulted in a phone call to Muskoka Brewery.

Peter remembered that Muskoka had a still in their possession that was for sale a couple years back, so Peter picked up the phone and called Todd Lewin, President at Muskoka, who, in true craft beer fashion, told Peter to come get it and they’d work out payment details later. Peter and crew acted fast, had the still set up right away and began the process of dumping kegs into the still to produce hand sanitizer (Health Canada approved). 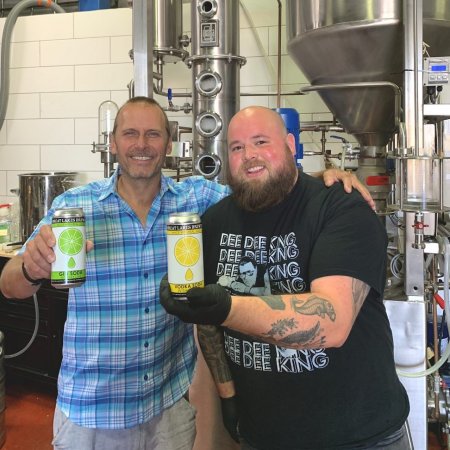 After several weeks of making sanitizer, the focus shifted to producing beverage alcohol, at which point Bulut brought in Matt Bod – former Great Lakes employee, and most recently head of brewing at Bar Hop – to oversee the distilling program.

The first products from Great Lakes Spirits are two ready-to-drink cocktails, Vodka Soda with Citrus and Gin Soda with Key Lime, which Bod describes as follows:

Vodka Soda – aroma is like a bowl of fresh citrus, taste is like fresh squeezed lemonade without the sugar.

Gin Soda – aroma is botanical-forward with juniper, citrus zest and white pepper. Palate is thirst quenching with slight acidity from key lime juice and some gentle tannin from the juniper on the back end.

Both have vibrant, spritzy carbonation to enhance their refreshing qualities on hot summer days.

Both Great Lakes Spirits beverages will be available later today in the Great Lakes online shop, and plans are in place to expand the line-up over coming months and years to include vodka, different varieties of gin, and eventually whisky. 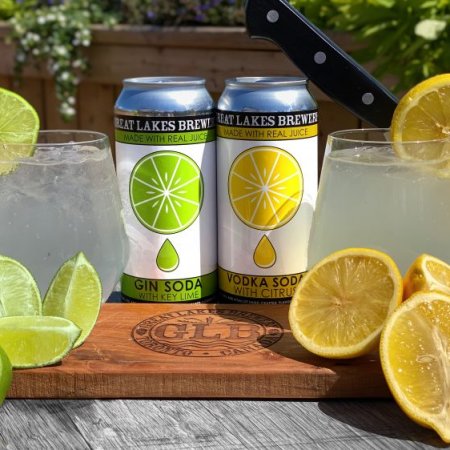 For more details, see the full announcement and interview with Bulut and Bod on the Great Lakes website.