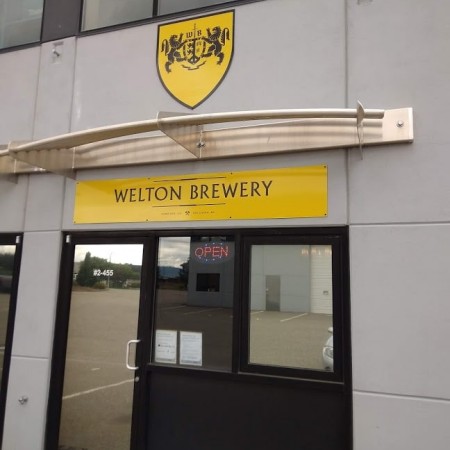 KELOWNA, BC – Three months after the announcement that he would be taking over the Boundary Brewing facility, brewer Simon Welton has tapped the first official release from his now rebranded Welton Brewery.

Guilden Sutton Golden Ale debuted in the brewery taproom over the weekend, and is described as “a smooth and gently hopped light coloured ale that combines a gentle mouth feel with subtle caramel notes.”

Welton Brewery is located at 455 Neave Court in Kelowna, and is open daily with the exception of Mondays. For full business hours and other details, see the brewery website and Facebook page.