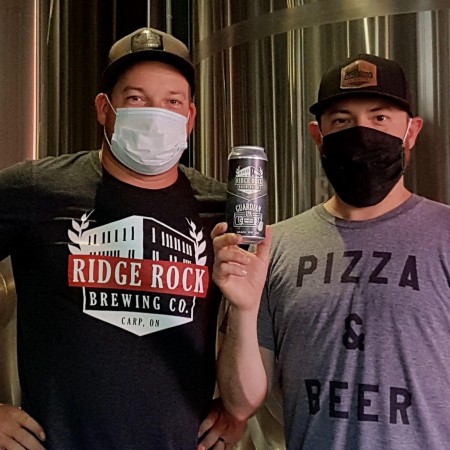 CARP, ON – Ridge Rock Brewing has announced that a beer named in honour of a series of local UFO sightings is set to return to celebrate the filming of a new documentary about the mystery.

Guardian IPA (6.8% abv) is an IPA brewed with Galaxy hops that was originally available last year. It’s name has the following back-story:

The Guardian UFO case has been a Carp, Ontario mystery since 1989 when UFO researchers in Canada and the USA received a mysterious VHS tape from someone calling themselves “Guardian”. The phenomenon was even documented on a 1992 episode of Unsolved Mysteries, and now a CBC documentary is being filmed to re-examine the case.

Guardian IPA will be available soon in the Ridge Rock taproom, retail store, and online shop. For more details on the upcoming documentary, see the recent Ottawa Citizen interview with filmmaker Nick Crowe.