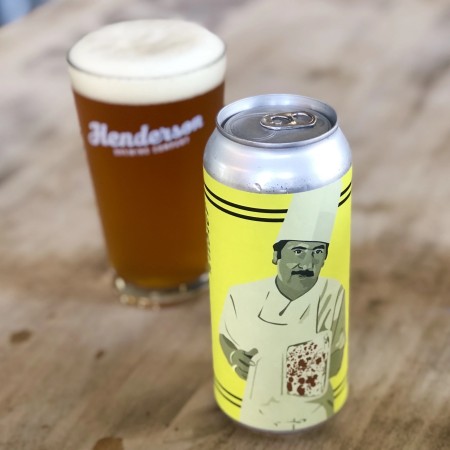 TORONTO, ON – Henderson Brewing has announced details of 52nd release in its monthly Ides Series of limited edition beers, with this month’s edition paying tribute to a legend in Toronto’s food scene.

Avtar Singh created a quintessential Toronto dish when he blended South Asian curries with West Indian style rotis. Where he was the progenitor 25 years ago, this style of roti is now found all over the city, and with good reason. When Gandhi Cuisine closed its doors this summer, we were among those whose stomachs shed a tear. In the first weeks of building the brewery, Chef Avtar’s roti’s were a treat we looked forward to and continued to enjoy until recently. As thanks for 25 years of food alchemy we offer Avtar’s Witbier, a floral, spicy wheat beer with a refreshing lime finish that will perfectly compliment an Indian roti from any of the shops in town.

Chef Avtar’s Witbier is available in 473 ml cans at the Henderson retail store and online shop.