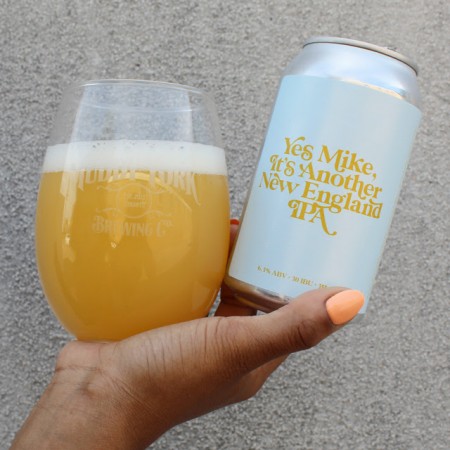 TORONTO, ON – Muddy York Brewing has announced the release of the new beer that takes a good-natured swipe at a member of the local beer Twitter community.

Do you know Mike? Mike likes beer, but Mike is tired of hazy and juicy IPAs. Mike even started an Anti NEIPA Social Club to show how tired he really is. Is Yes Mike, It’s Another New England IPA hazy and juicy? Yes it is. Will Mike like it? Probably not.

As the name suggests, this is another New England IPA, however we changed up our base recipe and leaned a little heavier on the front end bitterness. We also experimented with the fairly new Sabro hop, which has been said to showcase unique coconut aromas. While we didn’t get much coconut out of this batch, we did find some interesting aromas of Tangerine and Mint, with the bitterness being more reminiscent of cedar, which is really quite cool.

So to our dear friend Mike, yes, it’s another New England style IPA, BUT, this one’s slightly different.