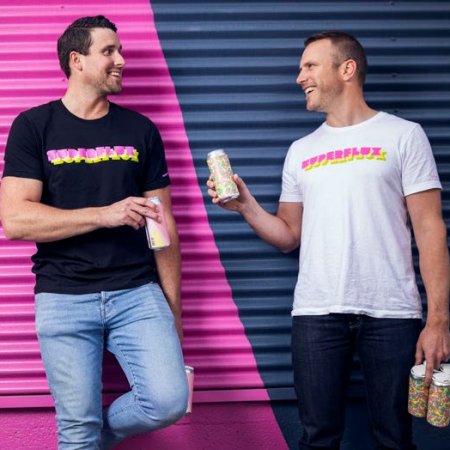 VANCOUVER, BC – Five years after its launch as “an experiment in beer production” brewing out of Callister Brewing and later Strathcona Beer Company, the Superflux Beer Company has announced the opening of its own bricks-and-mortar facility.

Superflux was founded in 2015 by partners Adam Henderson and Matt Kohlen, and was known as Machine Ales during its year at Callister, before changing its name and brewing location. It has now established its permanent home in a former print shop in the brewery-heavy East Vancouver neighbourhood that has come to be nicknamed Yeast Van.

The new spot will be opening tomorrow (August 15th) for retail sales, with a selection of beer available in cans including a mixed 4-pack of two new IPAs – one East Coast and one West Coast – brewed in collaboration with Boombox, Backcountry and Twin Sails. The shop will also have branded merchandise for sale, as well as a take-out menu of four different hot dogs.

Superflux Beer Company is located at 505 Clark Drive in East Vancouver, and will be open from 12:00 noon to 8:00 PM daily. The brewery taproom is currently under construction, and is planned to open next month.