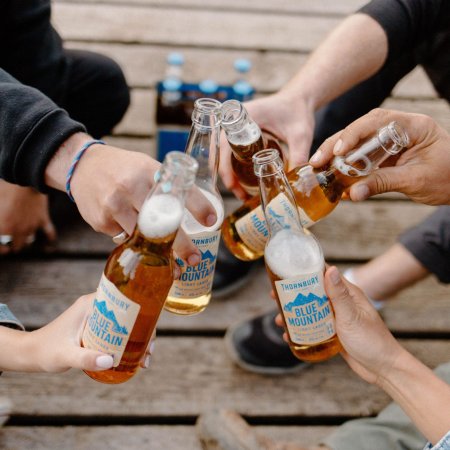 THORNBURY, ON – Thornbury Village Craft Cider & Beer has announced that a beer previously available directly from the brewery is now being distributed throughout Ontario.

Blue Mountain Light Lager (4% abv) was launched at the brewery last year, and is described as follows:

Blue Mountain Light Lager is crisp, refreshing and palate pleasing. Our Brewmaster created a low malt aroma and light floral hop aroma. In each sip you will notice the moderate grainy-malt flavour with a well-balanced dry, crisp finish.