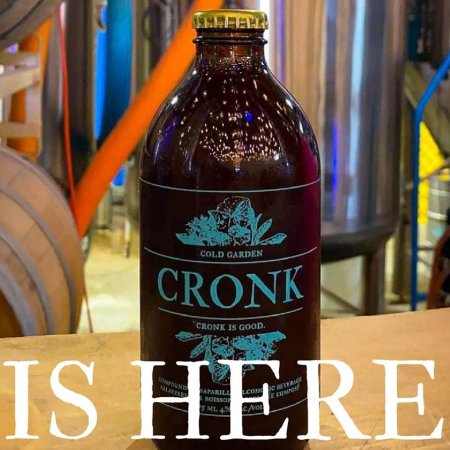 CALGARY, AB – Cold Garden Beverage Company has announced the release of a unique drink inspired by tweet that went viral earlier this year.

Cronk (4% abv) was brewed based on a recipe from the late 1800s for “Dr. Cronk’s Sarsaparilla Beer” which came to the attention of modern drinkers in late June 2020 when University of Calgary researcher Paul Fairie tweeted some humourous advertisements for the beverage that he found in newspapers of the time.

The resulting drink is similar to an alcoholic root beer, with molasses used as the source of sugar for fermentation, and flavouring ingredients including sarsaparilla, ginger, cinnamon, chamomile, and green tea.

Cronk is available now at the Cold Garden taproom and retail store, and will be available to order soon via the brewery’s online shop. Proceeds from its sales will go to Heritage Calgary and The Alex Community Health Centre.