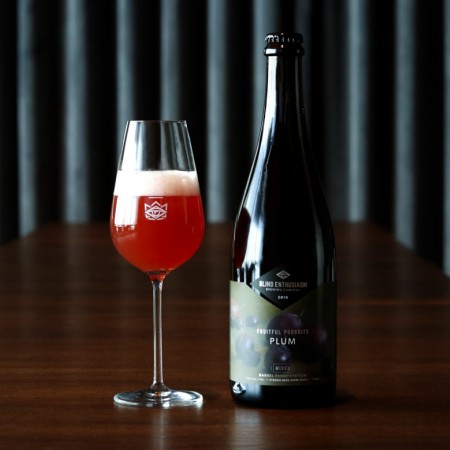 EDMONTON, AB – Blind Enthusiasm Brewing has announced the release of the first in a new series of limited edition barrel-aged fruit ales.

The Fruitful Pursuits Series is made in late summer when ripe fruit is in season and at peak quality. For 2019 Plum we used 750kg of Damson and President plums, freshly harvested from the Okanagan. This beer has been a couple years in the making. The base beer fermented in barrels for over one year, and after spending two months on the fresh plums it was bottle conditioned for 9 months prior to release. The result is bright ruby-purple colour, very prominent plum character, and a medium-high acidity.

Fruitful Pursuits: Plum can be pre-ordered now via the Blind Enthusiasm online store in advance of its official release tomorrow (August 21st).