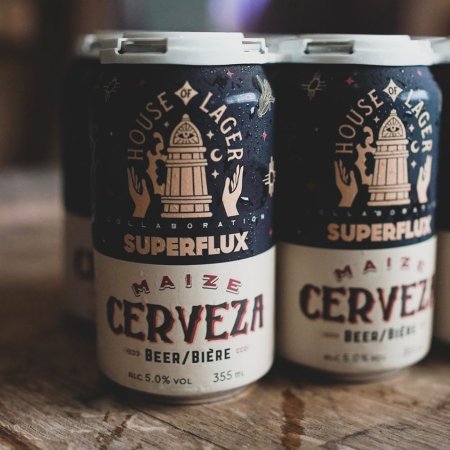 NORTH VANCOUVER, BC – House of Funk Brewing has announced the latest release in the House of Lager series, this one brewed in collaboration with the recently opened Superflux Beer Co.

Maize Cerveza was brewed with 40% flaked maize, 60% Skagit Valley Pilsen malt. Motueka and Wakatu hops in the boil and lightly dry hopped. Natural carbonation. Lagered for six weeks. Enjoy it with a lime, or without.⁣

Maize Cerverza is available now in 6-packs of 355 ml cans at the House of Funk retail store and online shop, and soon at select private liquor stores.